Can a snake be both pet and carrier of deadly poison? THE GOOD THE BAD AND THE UGLY IN NUMSA The NUMSA autocrats. Democracy is not an added extra that can be suspended where it is expedient to do so. It is integral to the socialist project, woven into its fabric. If the revolution is not a democratic one, it will not be socialist and it will not lead us to communism.

THE NUMSA PRESIDENT CALLED his fellow comrades snakes and enemies for daring to demand adherence to the Union’s constitution and accountability for the union’s investment arm, the Numsa Investment Company (NIC). This can lead us to no other conclusion than that this is a call for the elimination or surgical removal of his fellow Comrades. It also suggests that it is the end of the road for internal democracy and vibrant, robust and frank debates in a union that prides itself on democratic worker control. Tolerance and appreciation of sharp differences and perspectives came to define the culture and tradition in Numsa. Its unravelling is summed up in a recent resignation letter of a Numsa comrade; I have loyally served the union through the 18 years I have worked for Numsa – from 1988 to 1995 and again from 2011 to the present. For much of that time, Numsa has stood out as a beacon of worker control and working class democracy. But I have looked on over the last months with increasing dismay as Numsa’s leadership appears to have abandoned the crucial principles of working class unity and democracy in favour of increasingly isolated sectarianism. For me, democracy is not an added extra that can be suspended where it is expedient to do so. It is integral to the socialist project, woven into its fabric. If the revolution is not a democratic one, it will not be socialist and it will not lead us to communism. Every time a leadership substitutes itself for the masses, it betrays the revolution. Regrettably, that is what is now happening. 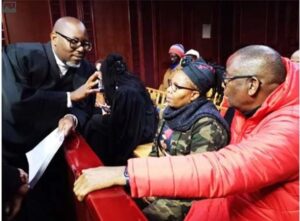 Business unionism responsible for much of the decay:

In September 2008 the Numsa NEC responded to allegations of corruption and fraud in the NIC, then under the stewardship of Mr Tony Kgobe by:

It is strange that the Numsa General Secretary and National Office Bearers do not have the same vigour as in 2008 to launch a forensic investigation into claims of impropriety and alleged wrongdoing by the current NIC CEO, Mr Khandani Msibi. Another sore point and probable reason for suspension of Comrades was the demand that the NIC pay back the loan which Numsa made to them. It now stands at R136 million of workers’ subscription money and NIC is refusing to pay it back. Yet, at the same time they said they cannot afford to pay back the loan, four NIC executives got paid out a preference share of R95 million.

A fuller study of the disastrous role played by union investment companies has become urgent if internal democracy and worker control are to be restored.

Karl Cloete joined Numsa as a member on 7th August 1987 and is the former Numsa Deputy General Secretary.