This is an edited version of an input made at a conference in November on climate, extractivism, Covid-recovery and the Just Transition.

VERY CLEARLY raw materials and cheap labour were at the heart of colonisation. And it’s so amazing how things have remained the same, despite the so-called decolonisation process that took place in the region. The more they sing this liberation music, the more things remain the same.

The legacy of extractivism lies in the alienation of Africans from their ancestral land right across the region. You now have signs written “Trespassers will be prosecuted”, in your own land. And we have cases of people being bitten by dogs, being In one area you’ve got underground fires that have been raging for decades. As people are walking, the next second, they find themselves in an underground lake of fire.

arrested for walking merely, not taking anyone’s anything, but merely walking in your ancestral land. We also have the legacy of exploitation of labour. Both local and migrant labour have been exploited to enrich the industrial capitalists.

Producing for the Global North

Before colonialism, we produced what we consumed. Our production was linked to our survival. But the advent of extractivism took away labour from producing what we consume, to producing what the Global North needs. And our production systems are still earmarked to produce what somebody 6,000 miles away from us needs. As a result, people are hungry, yet they’ve got plenty of land around them, where we produce what we don’t consume, and we consume what we don’t produce.

I am a son of the soil. I’m very connected to the land, to my village where I was born. Thankfully, my area has not yet been invaded by capital. It’s still very virgin and pristine. But most of us are not so lucky. We come from areas where we have been alienated from our lands, and extractivism has polluted the land, the rivers, and the air that we breathe.

In Johannesburg, we talk of acid mine drainage. Decades of gold mining has resulted in the residue of toxic chemicals percolating into underground water systems. That has claimed hundreds, if not thousands of lives. Extractivism has also come with clearing of forests. These are carbon sinks that should be absorbing some of the carbon that is being emitted from industries. But this further clearing of forests also results in us losing that ability to deal with emissions.

Talking of extractivism means we also have to talk about the Minerals-Energy Complex. Mining companies are the biggest consumers of energy. And they also get that energy at very subsidised rates. It really breaks my heart to know that the old gogo who does not work sometimes pays more for energy than a mining company like Lonmin, like Impala Platinum. And the energy they consume is subsidised by the poor. Some 40% of the electricity that South Africa produces, through its power plants, is being used to support mining and related industries.

More than 90% of this power comes from burning fossils. And when they burn these fossils, much of the energy goes back to the mining sector. So it’s a vicious cycle whereby they mine coal and other fossils to produce energy, which they then consume. It’s like a cow that is milking itself, drinking its own milk. It’s not for you and me, it’s for them.

And commercial agriculture has also joined the Champions League of polluters in the region, especially in Zimbabwe where tobacco is one of the main exports. When they dry tobacco, they use coal. If they don’t use coal, they cut the trees around and use them. So, we are seeing rapid desertification of forests, especially adjacent to the farmers.

We are both emitting carbon into the sky, and also destroying the carbon sinks around, simply because somebody wants to export tobacco. And when you do the profit and loss, how much we are endangering ourselves to get a few millions of dollars, it does not even make business sense.

Commercial agriculture, just like mining, is export-oriented; it undermines local food production. And I think we also need to deal with narratives. Because people are sold damn lies, that if you produce this, you are going to be rich. If you produce this crop, you are going to be wealthy. But look at it carefully. The level of exploitation of those farmers when they produce, it breaks my heart. I see how these farmers have toiled all season and when it comes to the season of selling their produce, they get peanuts. Instead, some powerful political idiots reap where they did not sew, while the poor remain in the vicious cycle of poverty, chasing that big pie in the sky, which they will never catch.

Capitalism is a monster. It is disruptive. It is aggressive. It is violent. And of course, the companies have got very good PR departments. But most of the times these PR officials are just trying to put lipstick on the lips of a pig. In South Africa, you had Marikana. You know what capital does when it’s pushed into a corner. 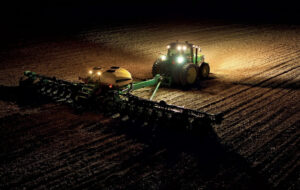 They unleash the guns on the people. The workers were only asking for a living wage. But the guns were unleashed on them. In Marange, in Zimbabwe, since 2009 they’ve been killing their own people. For diamonds. When I look around, I’ve not seen a single Zimbabwean woman wearing a diamond ring. But they are setting vicious dogs on our people. They are raping women, they are killing their own people, for somebody sitting thousands of miles away to enjoy that product.

Unless and until we start thinking of ourselves, I think we remain the wretched of the earth. We need to produce what we eat. We need to produce what we want, not what other people are craving for, and kill ourselves for that. And then there is structural violence, where you don’t find a perpetrator, you only see the effects on the people. They’ve put environmental death traps in all the areas they’ve been mining, leaving large open pits, which people are falling into.

We had a case in the western part of the country called Hwange, where a Chinese company came and they opened their huge pit. And they left it open. And the rain came and it collected in that pit. And children being children they want to play. So they went there and they started swimming in that pond. Little did they know that a crocodile had come into that pond. One of the children was grabbed by the crocodile. And others had to run to call the dad who was 200 meters away. The guy is a drunkard, but thankfully that day he was at home. He came running and he fought the croc until he rescued his son.

Nobody takes responsibility. We confronted the companies; they say it’s none of our business. That’s the language of capitalism. They hide behind laws and policies, which their cousins in governments manufacture.

Right to say no

There is still a rush for coal, especially in Zimbabwe and Mozambique, and even here in South Africa. And we need to fight that there should be no more coal mining projects in our region. There is also a rush for oil and gas exploration. The natural gas actually produces methane gas, which is even more potent in terms of trapping heat than carbon. And Zimbabwe is leading the race again in SADCC for oil and gas exploration. Mozambique is doing the same.

We need to build the capacities of communities to exercise their right to say no to further carbon emissions. Our struggles must percolate right down to the village, to the grassroots. We need to capacitate women’s groups, youth groups, and community environmentalists, so that we have more people speaking so that it’s not just a few of us who are well informed.

When we go to these communities in Zimbabwe, most of them swallowed the lie about jobs. There is a need also to interrogate the quality of the jobs which are being promised, and they will need to poke holes into the lies about improving employment creation and show people the dangers which they face if they embrace fossil energy.

Farai Maguwu is Director of the Centre for Natural Resource Governance (CNRG) – a leading organisation that defends the rights of communities impacted by extractive industries in Zimbabwe.